Your Guide to Driving on the Autobahn 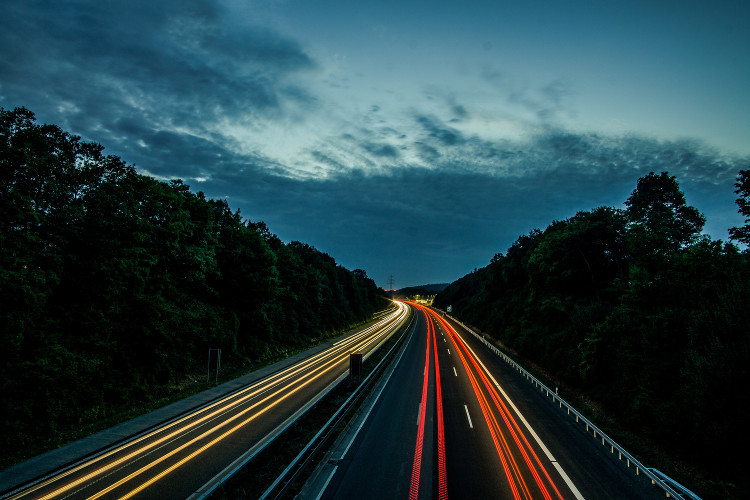 Driving on the Autobahn is a dream of many motorists that aren’t near Europe. The idea of long roads with unrestricted speed limits is enough to get people to fly out and visit. Even though people make this trip, many non natives don’t actually know how to drive on the Autobahn which actually has rules and customs. To help with that we’ve created a guide for the Autobahn below.

Guide for Driving on the Autobahn

What is the Autobahn?

It’s known across the world as the German highway with no speed limit. But it’s more than that. For speedsters and auto fanatics, the Autobahn is the ultimate place to take your shiny new sports car, especially with luxury European automakers close by.

The word autobahn translates to “motorway,” so technically speaking, any country has an autobahn. However, the Autobahn references Germany’s highway system. Since Austria and Switzerland also speak German, their highways are also called autobahn.

Famous for being the fastest highway in the world, there actually are speed limits on the Autobahn, believe it or not. Specific limits are posted near urban areas, like Frankfurt, Berlin and Munich, or for construction and heavy traffic. These limits will be posted as black numbers with a red outline on a white circular sign.

Outside of these areas, there is a recommended top speed of 130 kilometers per hour (50-80 mph). These will be posted as white numbers on blue square signs. While there are a few sections of the Autobahn without a speed limit, it’s wise to not go above 130 km/h, especially if you’re new to this highway.

You’ll see electronic signs that display “dynamic speed limits,” giving live updates to control traffic if there is an accident, construction, severe weather or special road conditions. Some may even show different limits for the specific lane that you’re driving in, so pay close attention to these.

Like every road system, there are traffic laws that all drivers must obey. Some of these are obvious, but some are specific to the Autobahn.

The following tips aren’t as mandated as the laws above, but they are social customs that every driver on the Autobahn should follow.

Sprechen Sie Deutsch? Learn the following terms to help you out when driving in Germany, Austria or Switzerland.

Shipping Cars to and from Germany

Ready for life in the fastest lane? You can export your car to Germany from the United States with Schumacher Cargo Logistics. As an auto shipping specialist, we regularly ship cars to Germany. There’s no one better to trust your vehicle with. We’ll get your car to Germany safely and efficiently, so you’ll be burning rubber in no time! We offer a handful of shipping services to Germany.