A world record was set when a 1951 Vincent Black Lightning motorcycle sold for $929,000 at the Bonhams’ Las Vegas motorcycle auction in January. It’s the most expensive motorcycle to ever be sold at an auction, and Schumacher Cargo Logistics shipped the bike to its new home in Australia after the auction. 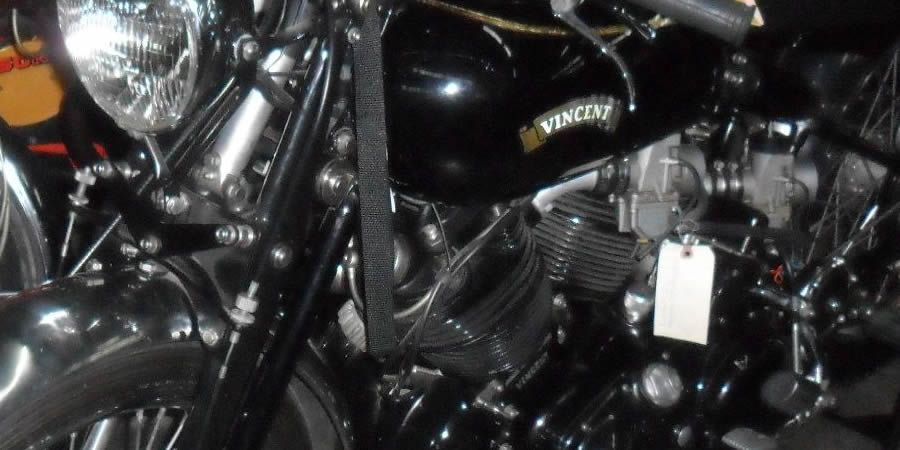 The Most Expensive Motorcycle Sold At Auction

Ben Walker, Bonhams Head of Motorcycling, recalls an electricity in the air as the competition at the auction took off.

“We had guys from the UK, America, Australia, mainland Europe all interested in acquiring this motorcycle,” Walker says. “It really came alive around the $550-600,000 mark because that’s where the real bidding battle started to take place between a gentleman in the audience and a gentleman on the phone.”

As the bidding price raised, so did the stakes.

And finally, the total came out at a whopping $929,000. The Australian man on the phone won the bidding war. The 1951 Vincent Black Lightning, in its original, unrestored and running condition, returned to the country where it got its fame.

This particular bike, dubbed the “Ehret Lightning,” already made its own record in 1953 when Jack Ehret broke Australian speed records after riding it at an average speed of 141.5 mph. The pair continued to win races around the world until 1993.

It’s one of approximately 30 other Black Lightning motorcycles manufactured by Vincent HRD, and only about 19 “correct” bikes are still in existence. When built, the Black Lightning was the fastest production motorcycle in the world.

Vincent motorcycles have been known to win speed records across the globe, more than any other manufacturer. David Lancaster’s documentary SpeedisExpensive highlights the history of these motorcycles and the family behind the company.

“When Philip Vincent [founder of Vincent Motorcycles] passed away in 1979, he didn’t think these motorcycles would be forgotten,” says Lancaster. “I don’t think he could’ve predicted the sort of prices that this motorcycle’s fetched, but he did know that these things were special.”

In September 1948, Rollie Free gained the motorcycle speed record for the United States while riding the first Vincent Black Lightning at the Bonneville Salt Flats in Utah. During test runs, he had average speeds of 148.6 mph.

For the final run, he stripped down to his swimming shorts to reduce the drag, laying flat on the seat with his legs stretched out and his head low. He reached a record 150.313 mph, following a black strip painted on the ground and completing a mile in 23.9 seconds.

Shipping Your Motorcycle to Australia

Schumacher Cargo Logistics is proud to have shipped this incredible, record-breaking Vincent Black Lightning motorcycle from the United States to Australia. We’re experts in shipping motorcycles to Australia and around the world. If you have a motorcycle, vehicle or household goods that you need to ship internationally, get your free shipping estimate today.