Living in the Netherlands vs the USA: Pros and Cons

There are many reasons for Americans to think about living in the Netherlands. With some of the happiest people to its picturesque cities, more and more expats from the US are living in Holland. We’ve heard back from expats on things they learned during their Dutch expat life. To help with acclimating to life in the Netherlands, we’ve compiled some of the major differences for expats living there.

Read our article on the pros and cons for the differences living in the Netherlands compared to the USA below! 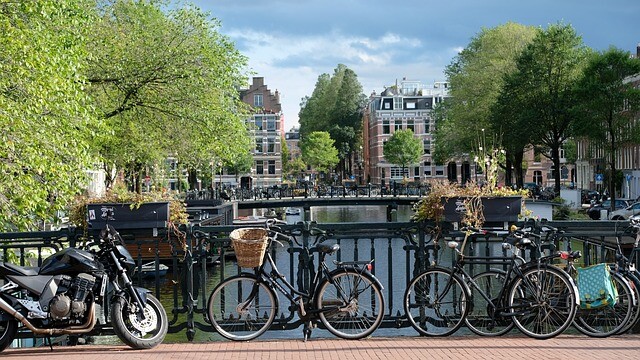 Disclaimer for Living in the Netherlands: Pros and Cons

Pros of Living in the Netherlands

One of the biggest draws of Holland is their happy people and high quality of life. According to the World Happiness Report, the Netherlands ranks as the #5 happiest country in the world. From very friendly people to an extremely good work life balance, it’s no wonder the people living in the Netherlands are so happy.

In general, most of the Dutch speak English. Estimates show that around 95% of the Netherlands speaks English, so you can be comfortable knowing that you can communicate with anyone here. It would be difficult to find a place that does not have English signage or accompanying text.

Public transit in America is not the greatest in the world, so when living in Holland they are completely surprised. The Netherlands can almost entirely be navigated by public transit, whether it be bus, train, tram, or ferry you can get through the whole country. It’s small size means that the transit time from one side of Holland to another would only take 2-3 hours. For quick traveling, a trusty bicycle can be used for everything else.

Cons of Living in the Netherlands

Dutch is Difficult to Learn

Americans regard Dutch as a difficult language to learn. Many Americans don’t even know that the people of Holland speak Dutch or even know that Dutch is a language itself. In this regards, it can be hard to find people to practice with. Technically the Netherlands is a non-native English country, but like the pro listed earlier most can speak English.

Housing is Expensive and Sparse

Finding housing in the Netherlands has been difficult for many American expats. Not only is it hard to find home, but also very expensive once you do find somewhere you want to live in. Since it is such a small and desirable place, the housing market has had a hard time keeping up.

There is occasionally bad weather periods in Holland with cold and rainy seasons. During this time most people stay indoors rather than going out. For an expat, this is not really appealing because you could stay indoors from where they were originally from. The rest of the year is warm and sunny, but those few months of rain will keep you indoors for a bit.

After taking a look at some of the popular pros and cons of living in the Netherlands, many want to start planning their move. The differences of Holland are definitely bringing more and more Americans every year.

If you are thinking about moving, we at Schumacher Cargo Logistics can help you out. With over 40 years of experience, SCL is a premier moving company. From cars to full households, we can ship your goods door to door from the US to anywhere in Holland.

To get started fill out our Online Quote Form and a representative will contact you soon!