Chasing the Endless Summer on Your Motorcycle 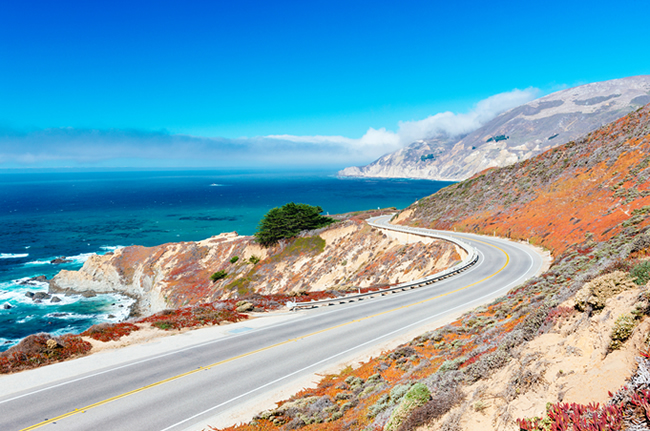 The Endless Summer was a 1966 surf documentary focusing on two surfers determined to follow the sun around the globe and essentially live a life of an endless summer. What if you could do the same on your motorcycle? We’ve compiled five must-ride destinations around the globe and things to do in the area you’re riding. Of course, the summer months vary across the globe, so take your time riding in one place before heading to the next destination. We’ve also included optional destinations that are on the way, but didn’t necessarily make our top 5.

Blue Ridge Parkway- Ride across the United States towards the Blue Ridge Parkway and see an incredible amount of the country. Choose between Virginia, West Virginia, Tennessee, or North Carolina, or do all four! Discover the charm and history of the East Coast before jetting off to Europe.

After your Alpine ride, head southwest for a short ways and hit the Pyrenees Loop, located in France and Spain. In fact, the Pyrenees offers a lot of the same feeling as the Alps, just with less traffic. European bikers know and love this route with its awe-inspiring scenery and hairpin turns.
Area tour company: Pyrenees Motorcycle Tours
Summer months for the Pyrenees: June, July, August

Cueta to Marrakesh, Morocco- This 1,600 mile ride offers sights such as kasbahs, the Sahara desert, mountains, bazaars, the Atlantic coast, and the famous Casablanca. The best times to visit Morocco is April to early June, and September to November. Opting for the latter months to visit is a perfect fit between the Pyrenees and our next location.

This loop, 1,050 miles (1,690 miles), departs from and arrives in Cape Town, South Africa. It can be completed in a two-week journey through the Olifantskip Pass and Addo National Park (think elephants and other big game animals). Route 62 takes you across the Great Karoo and the Little Karoo Mountains and back to Cape Town. Be sure to stop in Oudtshoorn, the “ostrich capital of the world,” and Robertson for some wine tasting.
Area tour company: Motorcycle Tours South Africa
Summer months for South Africa: mid-October to mid-February

Only 180 miles (290 km) long, this ride is a one-day adventure on the southern tip of Australia. Traveling from Melbourne to Petersbrough, you can take your time to stop along the coastal towns for a break to shop, eat, and sightsee. Stop by the Grampians National Park, and keep an eye out for those adorable koalas! Be independent on a self-guided tour or travel with a tour company.
Area tour company: BikeRound OZ
Summer months for Australia: December, January, February (note: summer in Australia is no joke. If you’re worried about the heat, look into visiting during the transition seasons: September-November, and March-May.)

Hana Highway, Hawaii- This 60-mile highway is located on the north end of Maui, keeping the small town of Hana reachable to the rest of the Hawaiian civilization. Mountains on the east side, the Pacific Ocean on the west, and waterfalls in between. This stop in Hawaii is the perfect break between Australia and your return back to the United States.

Schumacher Can Get You There!

So you’re hooked and wanting to do this ride, but how do you ship a motorcycle across the globe? Schumacher Cargo Logistics ships to and from all of these locations, so we are prepared to handle your bike properly and securely while you travel between destinations.